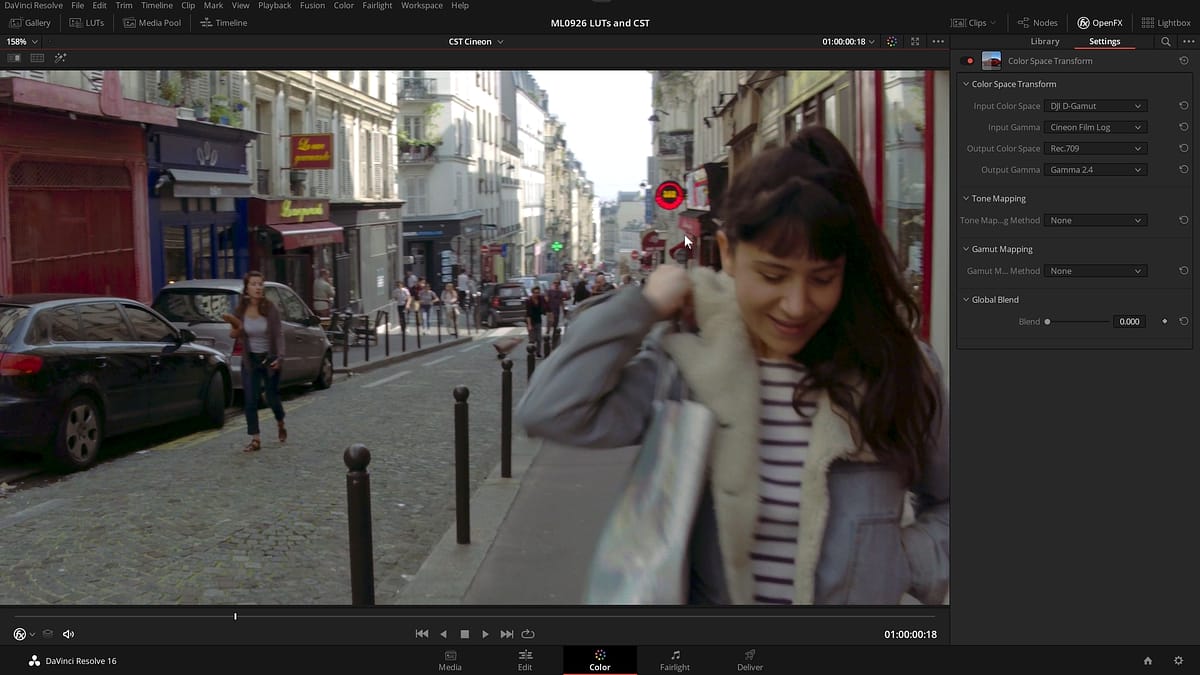 Do you struggle getting a good starting point while using Look-Up Tables (LUTs)? This idea may make things easier (in Davinci Resolve).

DaVinci Resolve’s Color Space Transform (CST) ResolveFX plug-in has opened up a range of new advanced workflow opportunities for colorists. If you want to get beyond the traditional limitations of Look-Up Tables, including the facts that they’re hard to modify (without 3rd party software) and that they’re not very granular, then the CST is a great way to go. What precisely does the CST plug-in do (which is available to both free and paid users of DaVinci Resolve)? Here’s what the manual says:

[The Color Space Transform plugin lets] you perform the kind of color transforms that LUTs do, but instead of using lookup tables, this plug-in uses the same math used by Resolve Color Management (RCM) in order to do extremely clean color transforms without clipping.

The upshot? You can create a color-managed pipeline within a non-color managed (YRGB) project – and do LUT-like camera-specific transforms at a cleaner mathematical level.

In this Insight, learn how I’m starting with camera-specific LUTs but modifying them slightly to give me an easier starting point – while maintaining the benefits of camera-specific LUT transforms. While my term ‘color mangled’ is very tongue-in-cheek, I think it’s more accurate to call this technique, a ‘CST Cineon Workflow’. As you’ll see, the Cineon Gamma transform is the key to this process. But there are limitations that seem evident to me:

Sorry... downloads are available for Premium Members only.