Video games are just as visually stunning as films these days but how to you approach color grading CG footage from one?

I had an amazing feeling grading last week that is getting rarer and rarer. I had the chance to grade something that I’ve never seen or tried before.

It was amazing to turn the gamma wheel or play with saturation and not know what will happen next.

It’s sad to say but I grade one to two projects a day so I generally know when I drop the midtones on a commercial shot on an Alexa with anamorphic lenses exactly what’s going to happen. You tend to develop a feeling for how it should behave and get used to grading it in a certain way.

This video game footage was a wave of inspiration in that respect as every button push and tool selection was an adventure into the unknown!

Let’s dive right in and start by watching the video. : 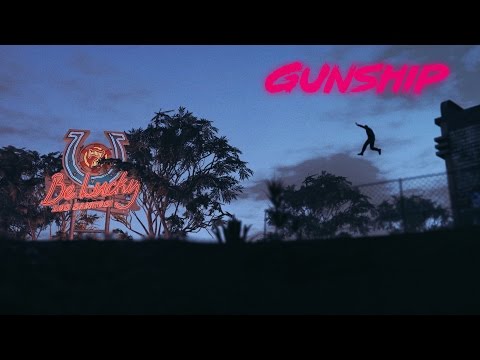 I’ll explain in much more detail in my video below but my approach to grading anything that has been purely created in 3d is that it is always to perfect to look good. The levels are just right and color balance is always spot on.

That’s where us colorists come in!

When grading camera footage our job is often to fix numerous issues and add our creative flair but on a job like this I like to get down and dirty and introduce some of that real-world style to it.

Check out my video below to find out more and see a break down on some of the challenges I faced such as working at 60fps, beauty work on digital characters, working with explosions and fire and generally adding the action movie factor!