How do you build a colorist showreel / demo reel that condenses your whole career into 3mins? Dan shares with you his approach.

Building a showreel is an incredibly challenging process. When you build your first showreel you may not have a huge amount of choice of shots to use but as you evolve as a colorist there is a lot of thinking required to build an effective showreel. You need to be able to take all your hours of  hard work grading, perfecting your artistry and technical knowledge and boil it down into a montage video that will ultimately help a client decide if they want to grade with you or not.

You have 3 minutes to showcase your whole career

When it comes to creatives like directors or advertising agency folk viewing your showreel the technical side of color grading goes out the window and means pretty much zero to your client. People assume if you call yourself a professional colorist you know what your doing with all workflows and camera formats and are judging you purely on your creativity and previous work.

We spend weeks thinking about the mood and target audience for my new showreels at smoke and mirrors so I thought it would be interesting for me to share the thoughts and questions we ask when building a new reel for a new year.

The very first step is asking yourself who is your showreel aimed at. It should be aimed at the business you’re trying to attract. If your after feature film work a fast paced, cut heavy music montage reel is not going to attract them and likewise if your after music videos lots of drama work won’t attract music video directors.

You can have multiple reels of course but I find its hard enough work to keep one reel current so I decided to focus on just the one discipline and have one reel. 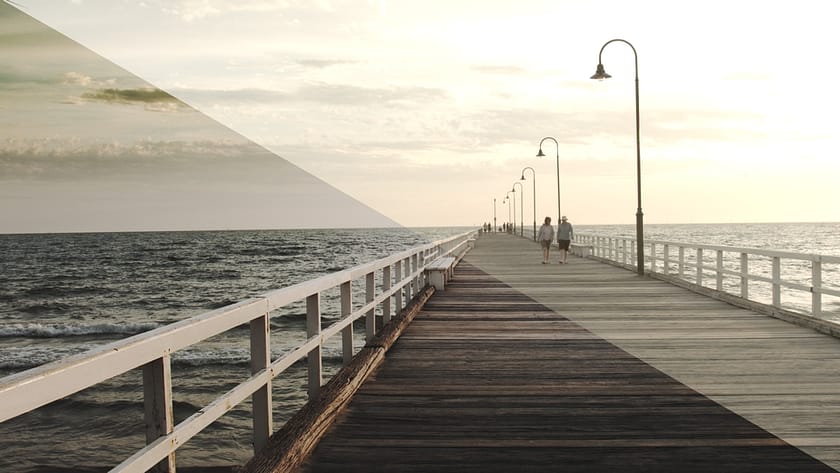 Before and after comparisons on showreels is a pretty hot topic. For the type of grading I am trying to attract there is no room for before and afters on my reel. The reason why is my clients simply don’t care what the image looked like before. It seems harsh but these are commercial directors and agencies who have a choice of about 30 colorists all in 1 or 2 square miles of where I’m based. They know we’re all good as we wouldn’t be working at large facilities otherwise but they want to find out who’s great and a cut above the rest.